No Funny Stuff in The Good Stuff

There can be all sorts of undesirable and harmful additives hanging out in your skincare. Scroll on for a list of what to lookout for!
P.S. You'll never find them in the Good Stuff 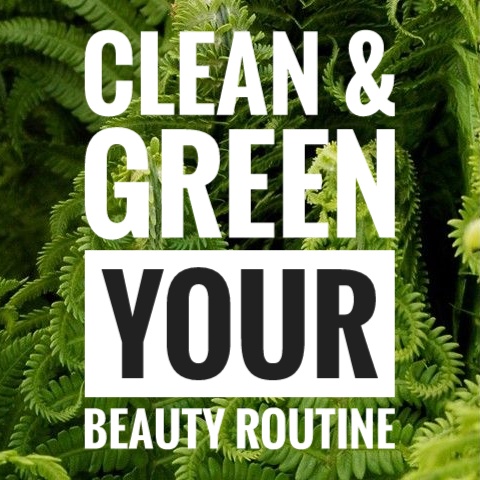 BHA: The National Toxicology Program classifies butylated hydroxyanisole (BHA) as “reasonably anticipated to be a human carcinogen.” It can cause skin depigmentation. In animal studies, BHA produces liver damage and causes stomach cancers such as papillomas and carcinomas and interferes with normal reproductive system development and thyroid hormone levels. The European Union considers it unsafe in fragrance. It is found in food, food packaging, and personal care products sold in the U.S.

Boric acid and Sodium borate: These chemicals disrupt hormones and harm the male reproductive system. Men working in boric acid-producing factories have a greater risk of decreased sperm count and libido. In animals, high doses cause testicular damage to mice, rats, and dogs. Both the European Union and Canada restrict these ingredients in body care products made for children under three years of age and require that products containing these ingredients be labeled as not appropriate for broken or damaged skin. No similar safety standards are in place in the United States. The cosmetic industry’s own safety panel states that these chemicals are unsafe for infant or damaged skin, because they can absorb readily into the body. Despite this guidance, boric acid is found in some diaper creams.

Coal tar hair dyes and other coal tar ingredients (including Aminophenol, Diaminobenzene, Phenylenediamine): Coal tar, a byproduct of coal processing, is a known human carcinogen, according to the National Toxicology Program and the International Agency for Research on Cancer. Hair stylists and other professionals are exposed to these chemicals in hair dye almost daily. Europe has banned many of these ingredients in hair dyes. While FDA sanctions coal tar in specialty products such as dandruff and psoriasis shampoos, the long-term safety of these products has not been demonstrated.

Formaldehyde: A potent preservative considered a known human carcinogen by the International Agency on Research on Cancer. Formaldehyde, also an asthmagen, neurotoxicant and developmental toxicant, was once mixed into to many personal care products as antiseptic. This use has declined. But some hair straighteners are based on formaldehyde’s hair-stiffening action and release substantial amounts of the chemical.

Fragrance: It may help sell products from face cream to laundry detergent, but do you know what’s in it? Fragrances are in everything from shampoo to deodorant to lotion. Federal law doesn’t require companies to list on product labels any of the chemicals in their fragrance mixture. Recent research from EWG and the Campaign for Safe Cosmetics found an average of 14 chemicals in 17 name brand fragrance products, none of them listed on the label. Fragrances can contain hormone disruptors and are among the top 5 allergens in the world. Our advice? Buy fragrance free wherever possible.

Hydroquinone: A skin bleaching chemical that can cause a skin disease called ochronosis, with blue-black lesions that in the worst cases become permanent black caviar-size bumps. In animal studies, hydroquinone has caused tumor development.

Lead: A neurotoxin in popular hair dye Grecian Formula 16 and other black hair dyes for men. Lead from hair dyes travels from hair to doorknobs, cabinets and other household items, where children can ingest it.

Nanoparticles: Zinc oxide and titanium dioxide nanoparticles appear to be among the safer and more effective active ingredients in U.S.-marketed sunscreen creams because they do not penetrate the skin. But avoid sprays and powders containing these nanoparticles, which could penetrate your lungs and enter your bloodstream. Many other nanoparticles have received very little testing, yet they readily penetrate the skin and contaminate the body. Cosmetics manufacturers are not required to disclose the presence of nanoparticles in products.

Oxybenzone: Sunscreen agent and ultraviolet light absorber, found in the bodies of nearly all Americans, according to the U.S. Centers for Disease Control and Prevention. In human epidemiological studies, oxybenzone has been linked to irritation, sensitization and allergies. A study of 404 New York City women in the third trimester of pregnancy associated higher maternal concentration of oxybenzone with a decreased birth weight among newborn baby girls but with greater birth weight in newborn boys. Studies on cells and laboratory animals indicate that oxybenzone and its metabolites may disrupt the hormone system.

Parabens (specifically Propyl-, Isopropyl-, Butyl-, and Isobutyl- parabens): Parabens are estrogen-mimicking preservatives used widely in cosmetics. The CDC has detected parabens in virtually all Americans bodies. According to the European Commission’s Scientific Committee on Consumer Products, longer chain parabens like propyl and butyl paraben and their branched counterparts, isopropyl and isobutylparabens, may disrupt the endocrine system and cause reproductive and developmental disorders.

PEGs/Ceteareth/Polyethylene compounds: A family of conditioning and cleaning agents that go by many names. These synthetic chemicals are frequently contaminated with 1,4-dioxane, which the U.S. government considers a probably human carcinogen and which readily penetrates the skin. Cosmetics makers could easily remove 1,4-dioxane from ingredients, but tests documenting its common presence in products show that they often don’t.

Petroleum distillates: Petroleum-extracted cosmetics ingredients, commonly found in mascara. They may cause contact dermatitis and are often contaminated with cancer-causing impurities. They are produced in oil refineries at the same time as automobile fuel, heating oil and chemical feedstocks.

Resorcinol: Common ingredient in hair color and bleaching products; skin irritant, toxic to the immune system and frequent cause of hair dye allergy. In animal studies, resorcinol can disrupt normal thyroid function. The federal government regulates exposures to resorcinol in the workplace, but its use is not restricted in personal care products.

Toluene: Volatile petrochemical solvent and paint thinner and potent neurotoxicant that acts as an irritant, impairs breathing and causes nausea A pregnant woman’s exposure to toluene vapors during pregnancy may impair fetal development. In human epidemiological and animal studies, toluene has been associated with toxicity to the immune system. Some evidence suggests a link to malignant lymphoma.

Triclosan & Triclocarban: Antimicrobial pesticides in liquid soap (triclosan) or soap bars (triclocarban), very toxic to the aquatic environment. Often found as contaminants in people due to widespread use of antimicrobial cleaning products. Triclosan disrupts thyroid function and reproductive hormones. American Medical Association and the American Academy of Microbiology say that soap and water serves just as well to prevent spread of infections and reduce bacteria on the skin. Overuse may promote the development of bacterial resistance.

Vitamin A compounds (retinyl palmitate, retinyl acetate, retinol): Vitamin A is an essential nutrient but not necessarily safe for use on skin. Studies show that when applied to sun-exposed skin these compounds can increase skin sensitivity. Furthermore sunlight breaks down vitamin A to produce toxic free radicals that can damage DNA and hasten skin lesions and tumors in lab animals. These ingredients are widely used in sunscreens, skin lotions, lip products and makeup. EWG urges consumers to avoid leave on skin and lip products with vitamin A.

Animal-based ingredients: Many consumers are asking manufacturers tough questions about ethical sourcing of their ingredients. Vegetarians, vegans, and people concerned about animal welfare frequently seek to avoid ingredients derived from animals. However a number of animal-based substances are found in cosmetics, and might not be clearly labeled as such. If you are concerned about avoiding animal products the best bet is to choose brands claiming to be vegetarian or vegan or labeled with the PETA and Leaping Bunny logos.

EWG created our Skin Deep database as a way to combat the serious deficiencies in cosmetics regulation.

Still navigating store aisles can be difficult. Environmental Working Group researchers have evaluated hundreds of safety studies and thousands of ingredient labels to bring you our top recommendations for what not to buy.

Tips for babies and young children

Children are not little adults. Pound for pound, kids are exposed to more contaminants in air, water, food, and personal care products than adults. Immature organ systems are often less capable of fending off chemical assaults. Subtle damage to developing bodies may lead to disease later in life.

Tips for teens and tweens

Teens use cosmetics. Sometimes lots of them. From hair gels and straighteners to eye make-up, body wash and lotions. And then some! Knowing which ones are healthy — and which ones aren’t — is important. Why? EWG found that adolescent girls’ bodies are contaminated with chemicals commonly used in cosmetics and body care products. In fact, we detected 16 potentially toxic chemicals — phthalates, triclosan, parabens, and musks — in blood and urine samples from 20 teen girls. Studies link these chemicals to potential health effects including cancer and hormone disruption.

To make matters worse, teens may be particularly sensitive to exposures to hormone-disrupting chemicals, given the complex role they play during puberty – precisely when girls typically experiment with an increasing number and variety of body care products. When we surveyed them, our teen study participants reported using an average of 17 personal care products each day, 40 percent more than an adult woman.

Teens can easily make safer choices by reducing the number of body care products they use, viewing marketing claims with skepticism, always checking the ingredients for toxics (a good lifelong habit!), and following EWG guidelines to select safer products:

The average woman uses 12 products containing 168 different ingredients daily. Many cosmetic chemicals are designed to penetrate into the skin’s inner layers, and they do. Consequently, some common cosmetic ingredients turn up in people’s bodies. Among them: industrial plasticizers called phthalates; parabens, which are preservatives; and persistent fragrance components like musk xylene.

The average man uses 6 products daily with 85 unique ingredients. Some ingredients are hormonally active; some of these are specifically linked to male reproductive system disorders. For instance, phthalates have been associated with altered hormone levels in men and boys and sperm damage.