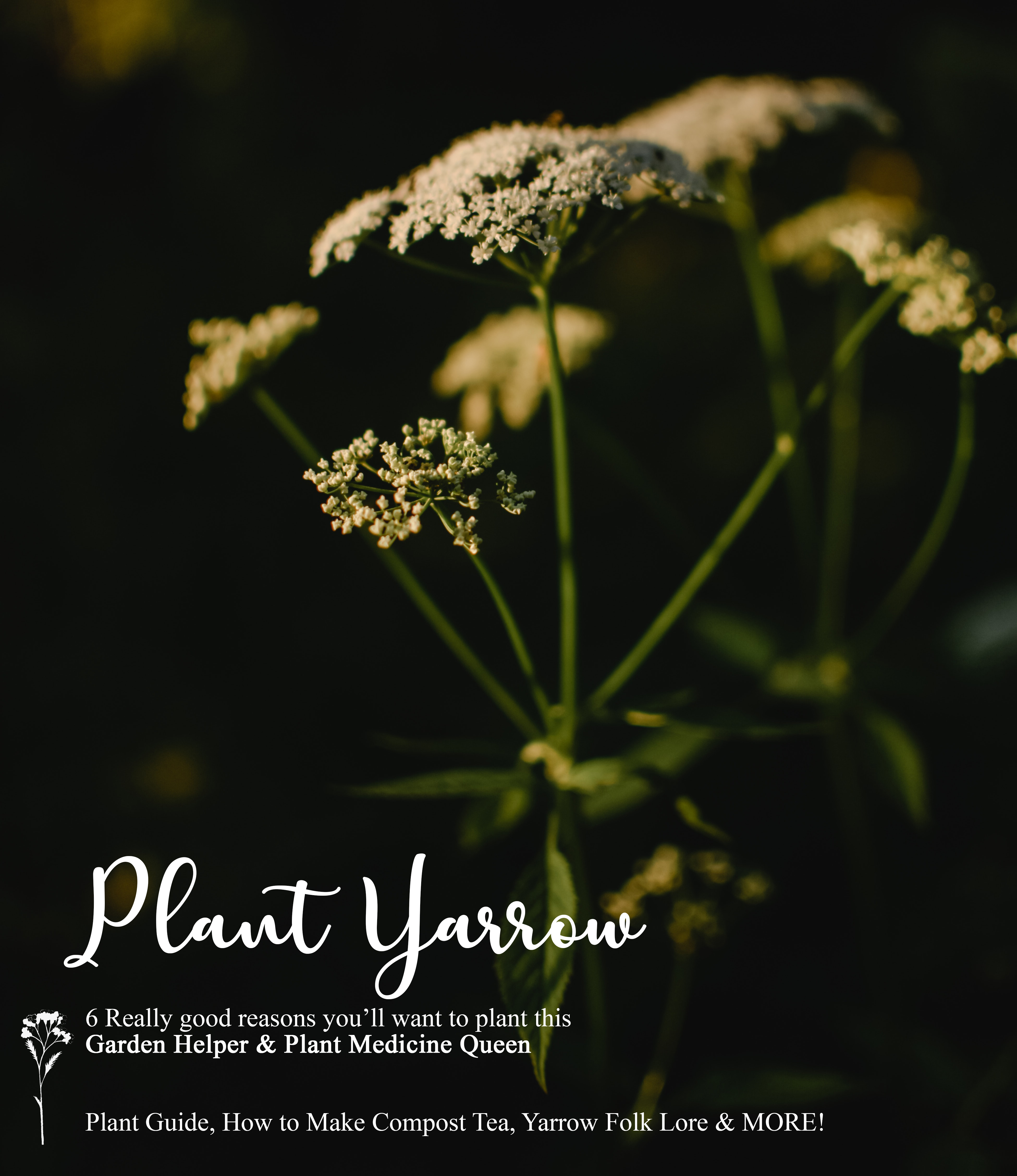 Out of all the helpers in the garden, Yarrow may be one of the best. It’s a medicinal powerhouse and has many uses in the permaculture garden. Yarrow is one of the most useful herbs, in my opinion, there's practically nothing it won't do. It has been used as a first-aid herb for wounds, a remedy for digestion and women's reproductive health, an herb for the common cold, flu, and fevers. On top of all that loveliness, it's really easy to grow and a hardy perennial. It's not a threatened species or one of concern, so mindful wildcrafting is okay and it's pretty darn easy to harvest and process. It's a dream herb and something you'll want to consider having on hand and in your garden.

#1 It Has a Really Interesting History

When you're strolling through your garden, swooning over all of your plant friends, you'll be sure to stop and give pause if you've planted yarrow and reflect on its fascinating history. Yarrow has quit the reputation through myth and legends in every part of the world in which it grows. With most herbs, the people of these lands all have developed very similar relationships with Yarrow and it's fascinating.

A different version from what I've heard before, our Greek Hero Achilles was dipped in a yarrow infusion by his mother while she held tight to his heels, which left him with his only vulnerability, which we all know where his heels. The Latin name for yarrow, Achillea Millefolium, gives a little salute to Achilles in this legend. 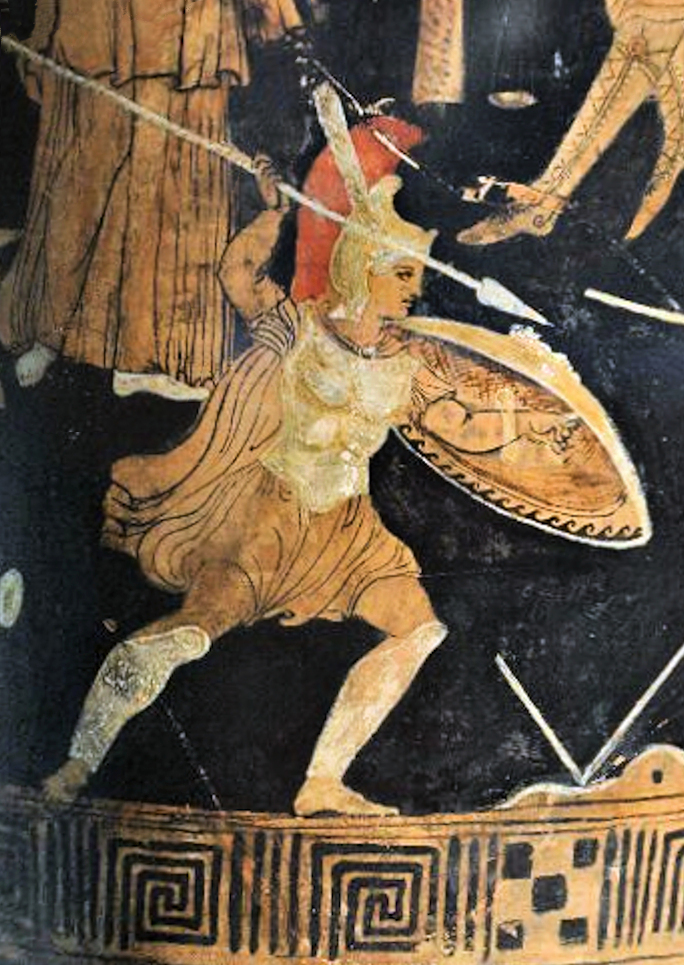 In China, it is said that you can find yarrow growing around the grave of Confucius. The Piute Native Americans called Yarrow "Wound Medicine" while the Navajo, considered yarrow to be "life medicine" and chewed leaves to stop toothaches and also used for earaches. Cherokees consider it the medicine of the East, the direction of the beginning of life. Some Eastern Medicine was also used for identifying your soul mate. In England, Yarrow was scattered across the doorway to keep witches away. The Irish used to hang Yarrow on St. John's Eve for protection - to banish evil spirits and illness. In Scotland, little girls would head to the fields in quiet on Beltane to gather Yarrow. After gathering a bouquet, they would close their eyes and pull out one of the yarrow flowers while singing,

"Good morrow, good morrow, to thee braw yarrow, and thrice good morrow to thee; I pray thee tell me today or tomorrow who is my true love to be."

They would then put the flower under their pillow and the first love interest they spoke with the next day would be their lifelong love.

Many other European countries considered Yarrow to be a flower of love, whether it be hanging a bouquet over a newlyweds headboard, or leaving Yarrow on the grave of a loved one.

From war wounds to kitchen attacks ( maybe it's just me, but a kitchen is a dangerous place). Yarrow to the rescue! The above-ground parts of the white Yarrow plant have a long history of being used for fever, common cold, hay fever, absence of menstruation, dysentery, diarrhea, loss of appetite, gastrointestinal tract discomfort, and induce sweating. Some people chew the fresh leaves to relieve toothache while others stick it up their nose to stop a nosebleed. On battlefields near and far, yarrow was the go-to herb to stop bleeding, and even nowadays it's pretty handy to keep in the kitchen or pack it with you for a hike. It also has a long history of being used to help soothe sunburns, bug bites, and rash, but we still prefer the Gypsy Cream for those things

Traditional herbalists have recommended rolling up a single leaf and inserting it in your nose will stop a nosebleed. I've also read that this works for severe sinus headaches too, but in a contradicting way. I have never seen this done, but the theory is when you're experiencing a sinus headache, the ol' yarrow in the nose trick actually results in a nosebleed, thus relieving pressure in the head, and thus the headache is relieved. To sum it up, if you have a bleeding nose and want it to stop, yarrow. If you don't have a bleeding nose and think you need one, yarrow. Sounds kinda crazy, but an interesting anecdote nonetheless.

For women, yarrow can serve as a pelvic decongestant by draining sludgy and stagnant tissue while increasing blood flow. It can also help regulate menstrual flow and is useful in uterine fibroids, ovarian cysts, urinary tract infections endometriosis, PCOS, and cramping.

For after-dinner comfort, you guess it, Yarrow! Yarrow gets those gastric juices flowing, promoting good digestion and some have gotten heartburn relief from its cooling properties too!

When a cold or flu creeps up on you, yarrow can be used to gently reduce fever, relieve nausea and stimulate appetite. Yarrow will naturally increase body temperature and help bring fevers down, opening skin pores and stimulating free perspiration which will increase elimination and equalize the circulation. It also has a very soothing effect on mucous membranes. A very handy herb to have on hand when you're under the weather.

For just maintaining health. Yarrow purifies the blood of waste material like uric acid which should be eliminated during sickness. It also balances the function of the liver and has an influence on secretion production through the alimentary canal. Removes congestion and disease. Kinda gross, kinda cool!

How to Make Yarrow Tea

Falls under the bitter herb category. I don't find it too bitter and similar to chamomile in taste, just a little more of a green taste. 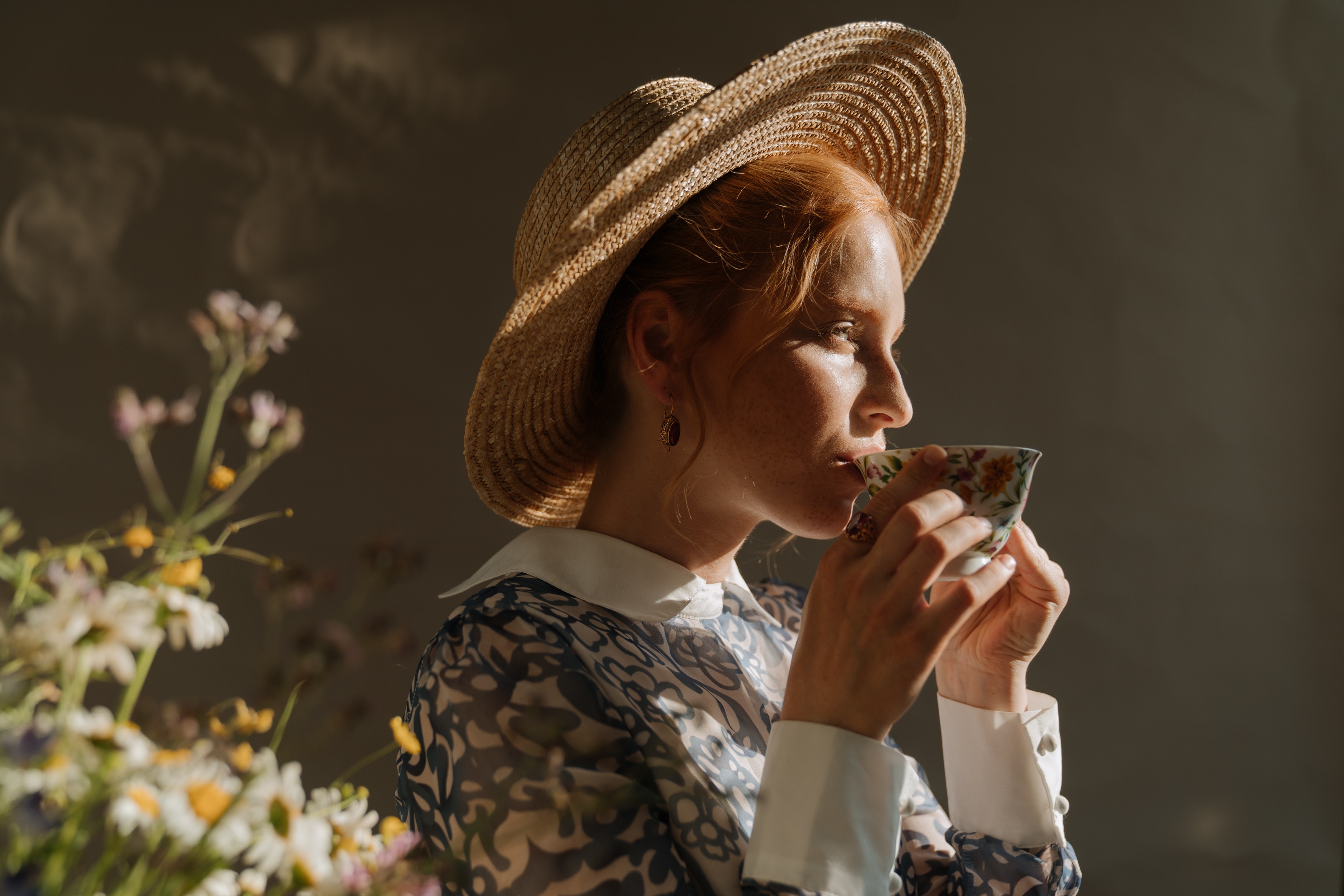 Brew 1-2 tsp of dried herb with 1 cup of water and drink 3 times a day to encourage sweating and reduce fevers.

#3. Yarrow Adds Nutrients to Your Soil

Composting is a great way to do away with garden and kitchen waste and get free nutrients in return. It’s mostly common knowledge that effective compost needs a good mix of “brown” and “green” material, but if you want to go above and beyond, you can add more specialty ingredients. In the spring, I make a compost tea out of Stinging Nettle by filling up a gallon bucket with water and nettle, then letting it sit a few weeks out in the sun before I add it to the garden. You can do something similar with Yarrow in the summer. Yarrow is known to have a high concentration of sulfur, potassium, copper, phosphates, nitrates, copper, and potash. 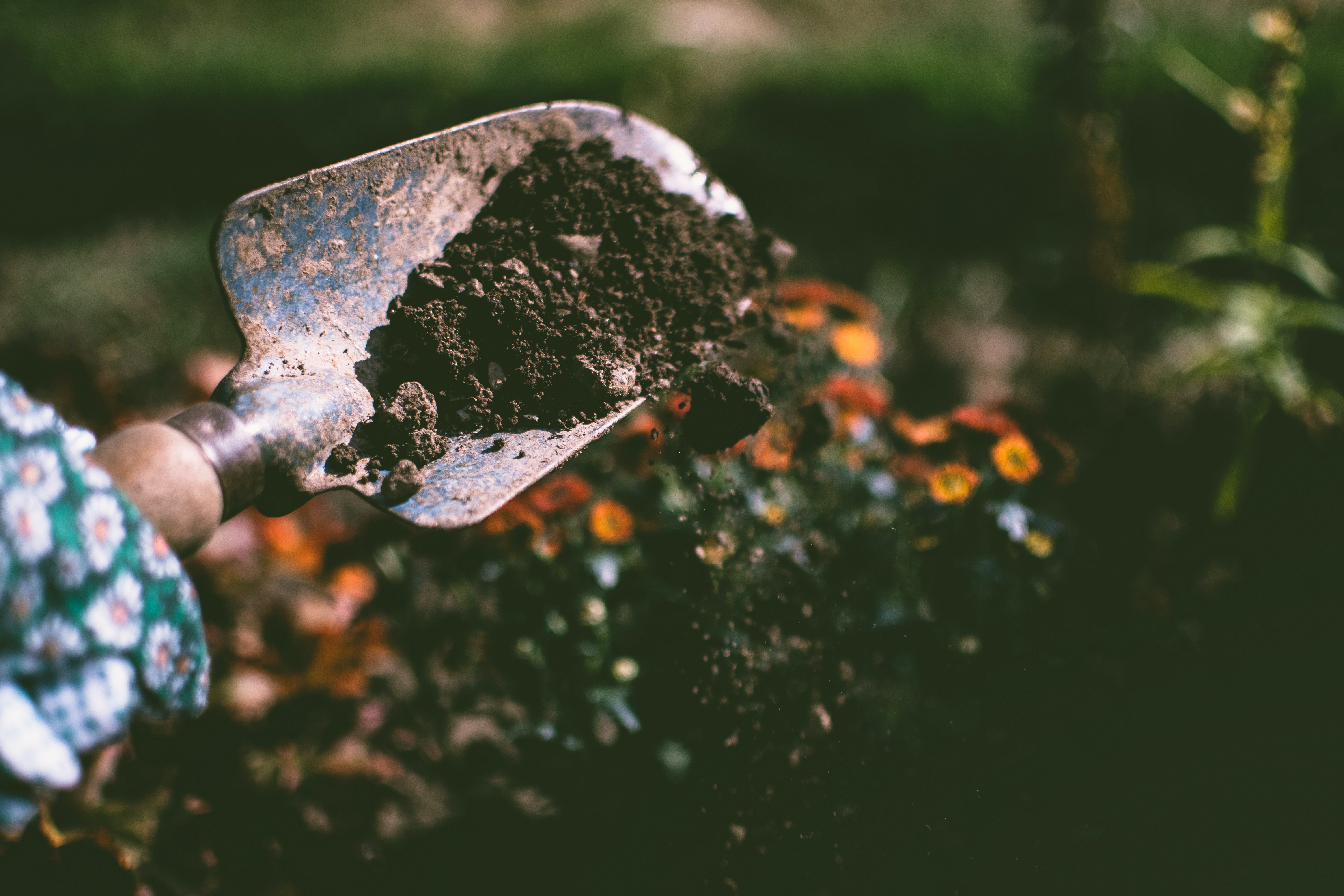 I've heard of some gardeners who recommend chopping up a single small yarrow leaf and adding it to your compost heap. Using yarrow in compost even in such small amounts is supposedly enough to have a noticeable effect. The amount needed is so minuscule that it’s not necessarily worth it to plant an entire crop just for the sake of adding it to the compost pile. But here's how I make mine..

How to make Yarrow Compost Tea

1. Stuff a 5-gallon pail with leaves and stems (roughly chopped or not) until pail ¾ full. Fill the bucket with well or rainwater if possible and place a stone on top to keep the plant material underwater. Next, partially cover with lid to still allow some airflow. Stir it up whenever you go into the garden. Let sit for 2 weeks, maybe 3 if it's a little cooler outside.

You will know it is brewing by the smell and foamy bubbles.

2. Strain the tea using an old colander or get creative we're just looking to get out the plant material here. Throw away the plant matter into your compost heap if you have one.

3. Mix 1 part tea to 10 parts water to get your final product. This is especially nice for seedlings and new transplants but great for any plant at any stage. Use this to pour around your garden plants. If you want to use it as a foliage spray dilute the tea to 1:20 (early morning or late in the day to prevent burn.

What nutrients do what: Plants use nitrogen (N) for new growth above ground, stems, and leaves. Phosphorus (P) goes to work helping roots grow strong and vigorous. Potassium (K) distributes energy and nutrient-filled water to the plant cells to help give us strong healthy plants.

What to put the compost on

Water any and all of whatever you've got growing in your garden. Newcomers to your landscape, whether it be bushes, trees, or anything else, will especially love this compost tea to help establish a good healthy root system. If your soil tends to be on the acidic side, this yarrow compost tea will help amend it too. Put the compost tea in your compost to help accelerate.

Every variety of yarrow attracts many types of pollinators to their flowers. Ground beetles, spiders, ladybugs, and hoverflies, and a whole host of other insects find habitat in yarrow for egg-laying or overwintering in the fern-like foliage. If you are growing other plants in your garden that are prone to pest damage, yarrow puts out a strong odor that can repel those pesky pests too! 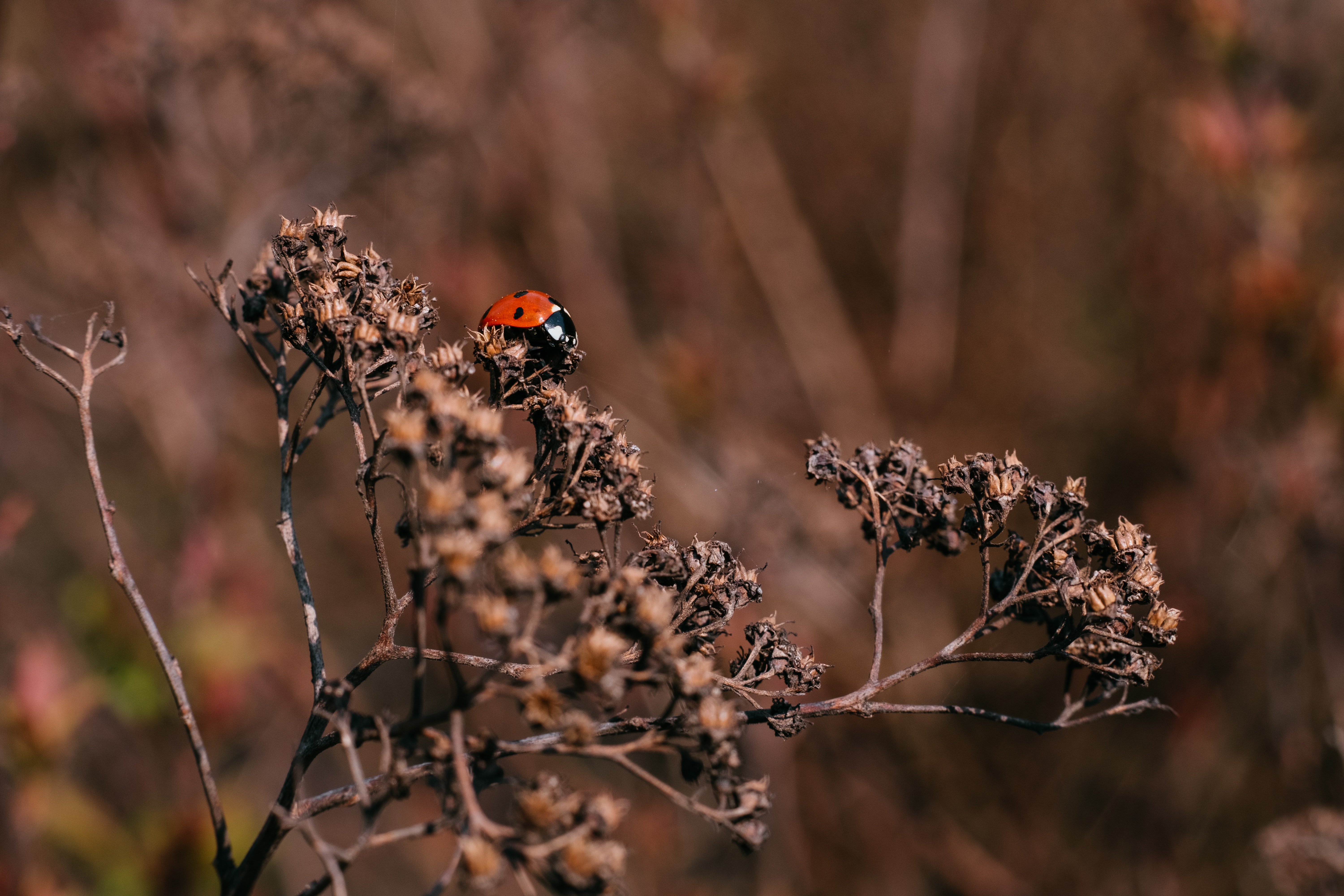 Yarrow, like clover, is a great ground cover! If you let it be, it will grow somewhere in between your knees and waste and flower mid-summer. You can also mow it a few times a year and create a dense little fern yard. Lightfoot traffic is okay, though you may not get flowers. However, beneficial insects can utilize the foliage for refuge. 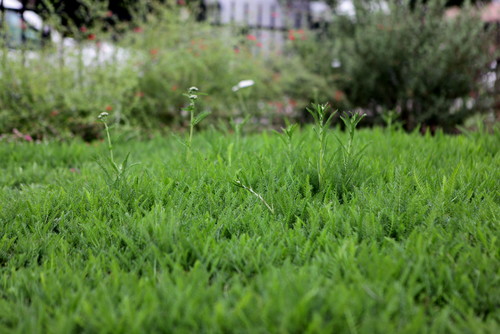 The flowers are edible, so you can get creative in the kitchen! Sprinkle it over salads, cookies, cakes, or beverages! Or dry them for crafts later on in the year. Add them to a little bouquet of dried flowers to make a gift really special, or decorate a wreath!

Are you convinced how!? Are you ready to start growing Yarrow!? Let's do this!! 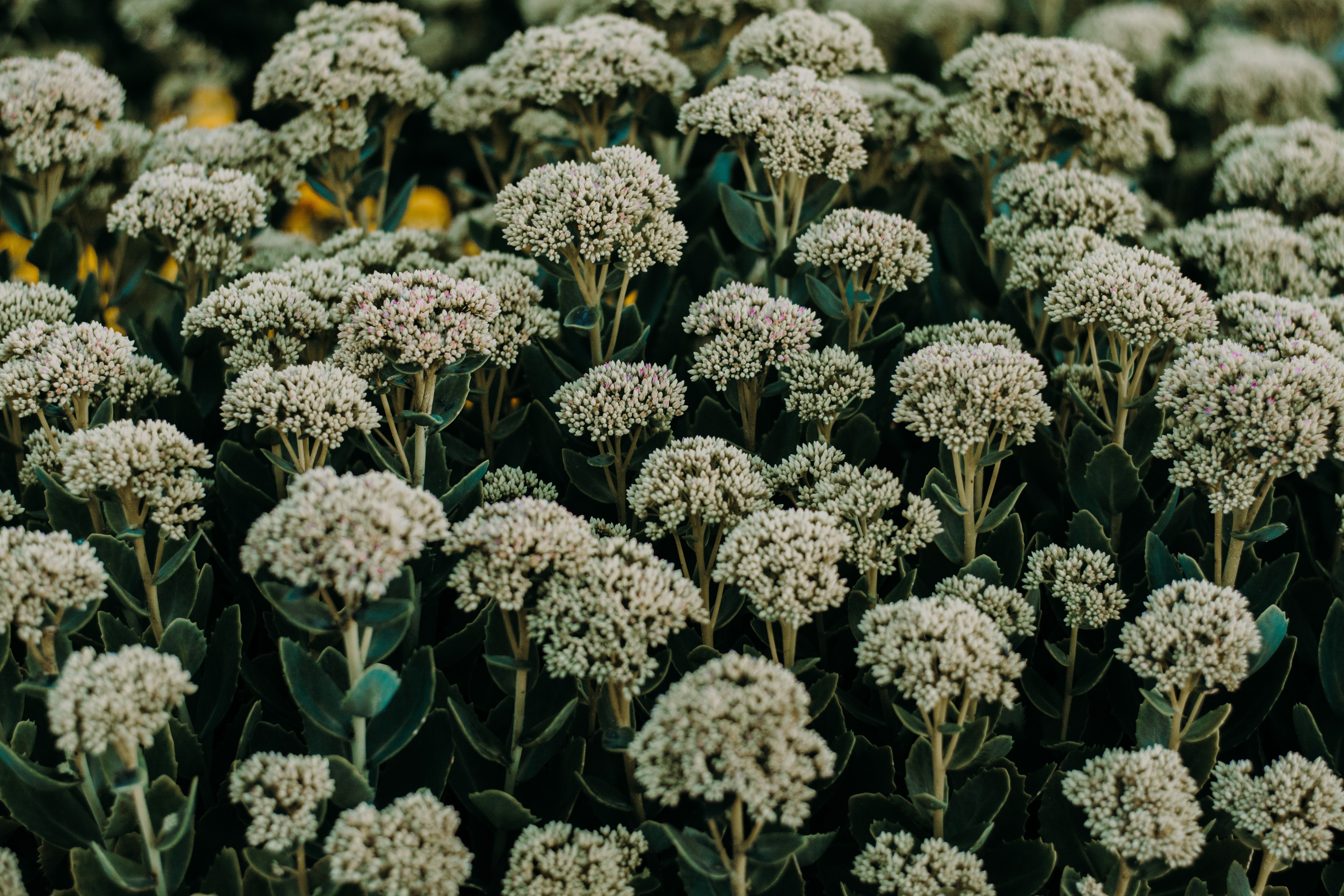 Yarrow grows wild in many places in North America, New Zealand, and Australia. Found it the wild, you'll find it in sagebrush deserts to high mountain alpine meadows. It prefers well-drained soil and full sun, but it tolerates a wide range of conditions. Sow seeds or divide roots in spring. I've heard that it can easily become invasive, but this hasn't been my experience. In northern Montana, where we live, it grows wild in our ridiculously river-rocky, dry-in-July yard. It is definitely a fuss-free herb to grow. Our pollinator friends love visiting the big beautiful bursts of white flowers that we love to enjoy from our deck too.

To start your yarrow herb from seed. Start seeds indoors about six to eight weeks before your last frost date. Sow the seeds in moist, normal potting soil. The seeds should just barely be covered by the potting soil. Place the pot with the yarrow seeds in a sunny and warm location. The seeds should germinate in 14 to 21 days, depending on the conditions. You can speed up the germination by covering the top of the pot to keep in moisture and heat. Remove once the seeds have sprouted.

If you're going to your favorite local nursery to buy your yarrow as a plant. Space your plants 1 -2 feet apart if you’re planting more than one yarrow plant.

I'm a huge Old Farmer's Almanac geek, so here's are some of their suggestions.

CHOOSING A PREPARING A PLANTING SITE

HOW TO PLANT YARROW

I hope this inspired you, maybe you learned something, maybe you'll add Yarrow to your life. Keep us posted on your adventures with Yarrow!! I'd love to hear about them!